Reef Smart puts it to a vote

Last month, Reef Smart asked the general public to choose the cover of the new Grand Cayman guidebook due for publication at the end of October. 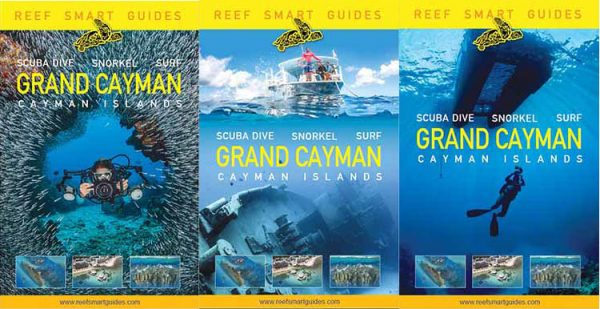 “We had several cover options for our Grand Cayman guidebook and we felt it would be nice to let divers and snorkelers select the image that they feel most closely represents the underwater experience of Grand Cayman,” says Reef Smart creative director, Otto Wagner.

Two images particularly stood out: one was of the iconic Kittiwake wreck, located on the west coast of the island, and another image was by British photographer Alex Mustard, featuring a diver swimming through a school of silversides – another unique Grand Cayman experience.

The Reef Smart team posted all four cover designs on various social media and dive forums and left the polls up for 10 days to gauge the response. The outcome was an overwhelming win for Alex Mustard’s shot, which won nearly 70 percent of the vote and will now be selected as the cover for the Grand Cayman dive guide internationally.